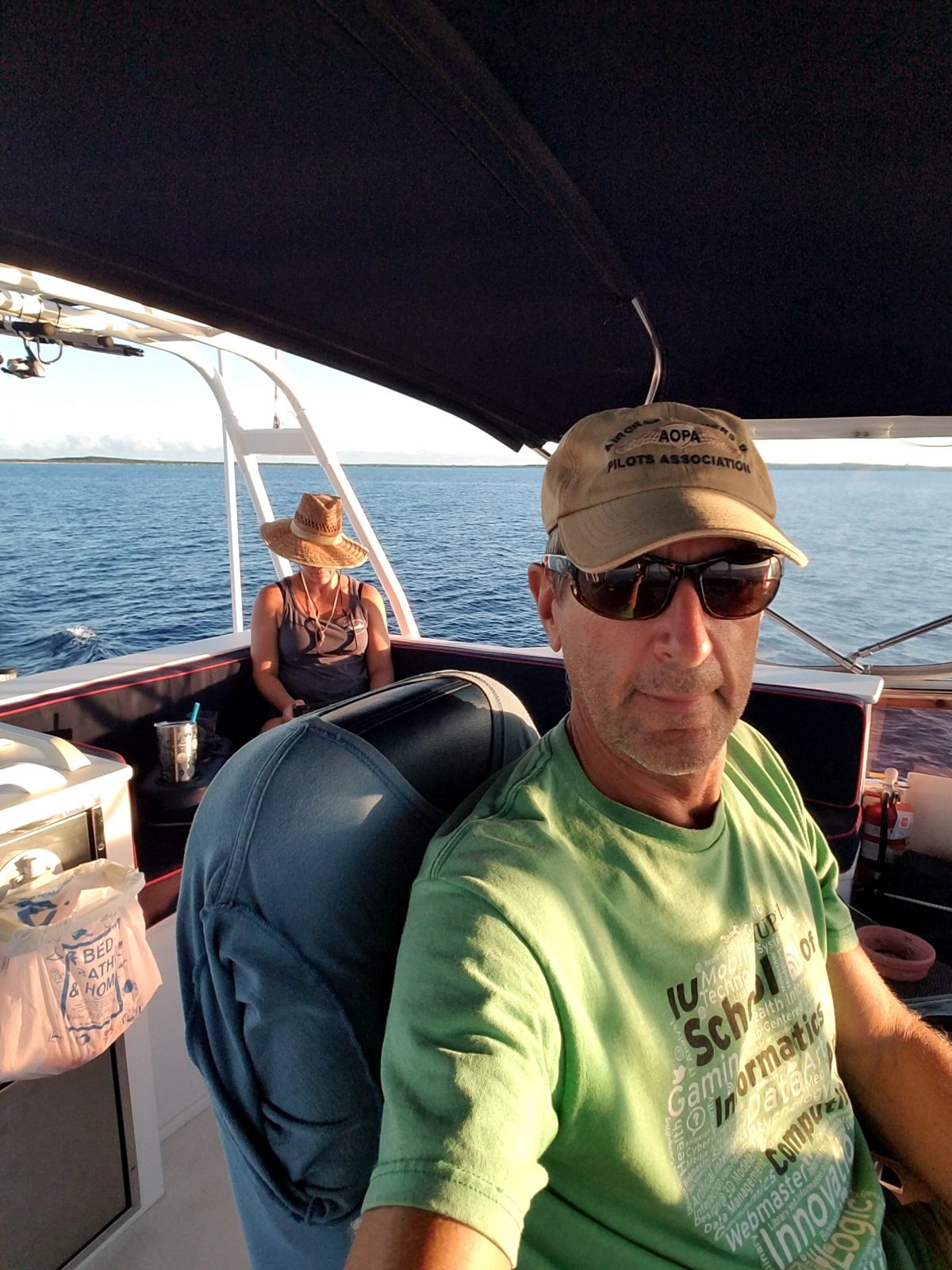 Faithful Readers: forgive me, for I have sinned. It’s been four months since my last submission. Four months!!! What kind of a blogger am I?!?! Busy? Well, yes… but not so busy that I couldn’t squeeze in a little writing from time to time. Let’s go with “unmotivated”, and leave it at that.

First, let me bring you up to speed on our current situation. We left our Bahamian home-away-from-home, Nassau Harbour Club Marina, Saturday morning at 6:20 and motored 15 hours to the southwest tip of Cat Island. We anchored and slept for a bit, then left at 6:40 yesterday morning and motored 8 hours to our current temporary home, the island of San Salvador. We’re on our way to Providenciales, Turks and Caicos, where we plan to be from mid-November until at least some time in January, maybe longer. The trip was uneventful with the notable of exception of having the drive shaft of our main hydraulic pump break about 11 hours into the trip. Not a catastrophe – we can run all the hydraulics from either or both of the main engine or the generator. The two issues are that we can’t use the stabilizers when we’re running unless we run the generator (which we don’t normally do), and we can’t get full hydraulic power for the bow and stern thrusters, which comes in handy when docking if there’s much wind and/or current. I’ll be looking for a replacement part, and a hydraulic service company in Turks and Caicos, but for now, we’re still almost fully functional.

San Salvador is in the Bahamas, although the name sure doesn’t sound like it. (Of course, neither do a couple of the other islands in this part of the Bahamas: Mayaguana and Inaugua.) It’s supposedly the island where Christoper Columbus’ expedition first landed after they left Spain, and he named it. It’s a decent sized island – 6 miles across and 12 miles long. Much bigger than almost every island we’ve visited in the Exumas and the Berrys, but much smaller than Andros, Eleuthera, Cat Island, and Long Island. It’s quite remote, but has a Club Med, another small resort, and a dive resort that’s been here since the 1960’s. And it has something we haven’t seen yet in all of the Bahamas: great scuba diving on the west side of the island – the side that’s protected from the typical E – SE tradewinds. That means we can anchor very near a dive site, and can dive even when the wind is blowing pretty hard, because the island protects us from the wind. As a matter of fact, we’re anchored about 500 feet off the western shore of the island, and this morning, we took Killer on a 55 second ride to the closest dive site. Yes – less than a minute, and we were just puttering. And there are at least a half dozen more within a mile, because there is a legitimate wall only a few hundred feet west of where we’re anchored that runs all up and down the west side of the island. And when I say a wall, I mean a wall! The drop-off starts at 20 feet. Just 100 feet west of that, it’s 230 feet deep. In another 200 feet, it’s almost 600 feet deep. And just 1/4 mile west of the drop-off, it’s almost 1,500 feet deep! There are places where it’s even steeper than that – but that’s OK – we probably won’t be going below 60 – 70 feet anyway.

Oh – and the water here is the clearest of anywhere we’ve yet seen in the Bahamas. This picture is of the water we’re currently anchored in – it really does look like we’re in a swimming pool!

It’s cloudy this afternoon, so we’re going to wait until tomorrow to dive again. We might have to take Killer for a couple of minutes to get to our next dive site choice. Fran’s taking a lot of underwater pictures, so I’ll post some later. In the meantime, I’m going to try to catch up on some of the six Visit Reports I owe you. 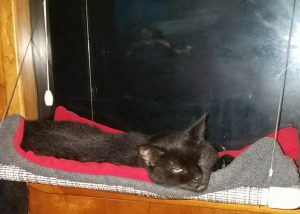 By the way, May the Cat is now a fully documented Boat Kitty, able to legally enter Turks and Caicos. As you can tell from the picture, she’s SO excited!

One last thing: if you’d like to see where we’ve been, and where we are, you can do so from here: https://share.garmin.com/FollowSmartini. Click the little “+” by Fran’s name on the left side to see our track. If you click on one of the little circles on the track, you can see details about that point, and you can even send us a message from there, via our InReach satellite tracker/communicator.

2 thoughts on “Back in the Saddle Again”